Transformers 4, the latest installment of the popular live-action robot series, will have an international cast with the addition of Chinese actress Li Bing Bing. 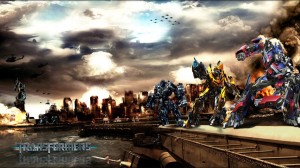 Ms Li, who has already started making a name in Hollywood with films like Resident Evil: Retribution and 400 Boys, isn’t the only new face in the series. In fact, director and producer Michael Bay will use an almost entirely new cast that includes Kelsey Grammer, Sophia Myles and Mark Wahlberg, who replaces Shia LaBeouf as the lead.

Some commentators believe that Li Bing Bing’s casting was strategic for making the film more appealing Asian audience. Notably, Transformers 4 is the first in the series to be jointly produced by Paramount Pictures and the state-run China Movie Channel. It was also announced that parts of the film will be shot in Ms Li’s native China. Both Bay and Li stated that they are excited to work with each other.

The Transformers series features giant robots who can transform from a vehicle form to humanoid form. The main storyline deals with the on-going battle between Autobots, who with to protect sentient life on earth, and the Decepticons, who wish to rule the planet. Transformers 4 (no official title yet) is rumored to be about scientists trying to harness the Transformers technology to their own gain, and the consequences this will bring.

‹ Where to Look for Antiques in Singapore Wong Kwok Leong: Charitable Millionaire ›